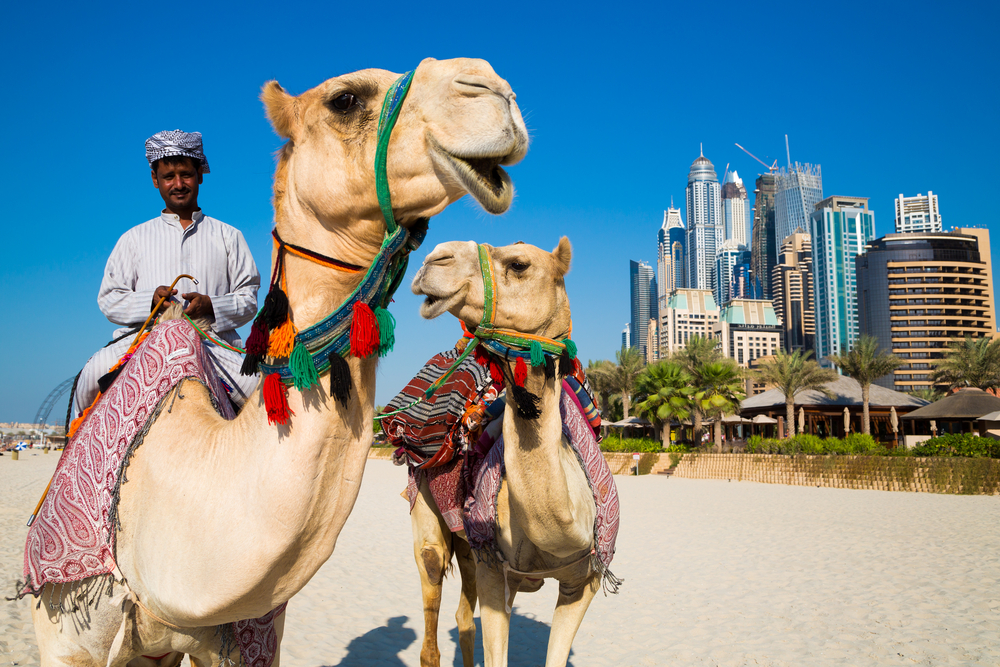 The United Arab Emirates has a subtropical desert climate.

The United Arab Emirates is a small country on the southern shore of the Arabian Gulf in the Middle East. Most of the country is flat, with a subtropical desert climate. The country experiences two seasons: summer and winter.

Winter (December to March) is mild and short, with temperatures averaging about 10°–30°C (50°–87°F). Most of the annual rainfall occurs during this time.

Summer (April to November) is very hot, with temperatures sometimes rising to as high as 48°C (118°F) during the peak of the season. May to September is extremely humid throughout the country.

The United Arab Emirates can be divided into inland desert and coastal regions, with the principal difference being the distance from the warm waters of the Arabian Gulf.

The desert interior is hot and humid, although the latter is not as severe as in the coastal areas. Temperatures are somewhat more extreme with the area’s distance from the moderating Gulf waters, ranging from 11–24°C (52–75°F) in January to 29–43°C (84–109°F) in July. The region experiences slightly more rainfall than the coast, with 29 mm (1.1 in) in February, while there is little or no rain for most of the year. Temperatures are somewhat cooler in the Al Hajar al Gharbi mountains, which lie along the country’s eastern border with Oman, due to their higher altitudes. This area includes the country’s highest point, an unnamed knoll near the border that stands 1,910 meters (6,270 feet) above sea level.