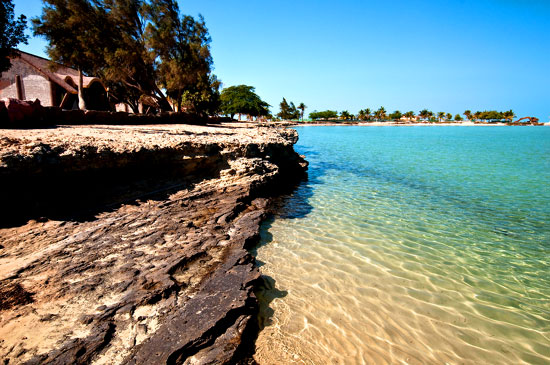 Octane, a hydrocarbon found in petroleum 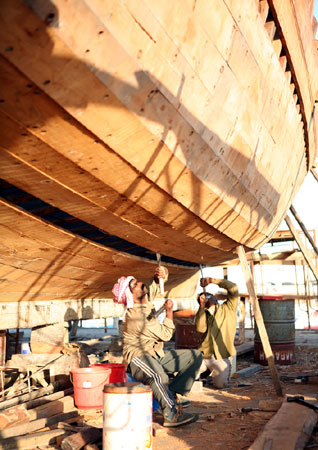 Craftsmen working on a dhow 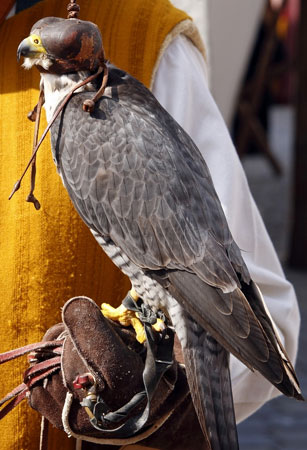 The Emirati love for falconry is famous.

A dozen or so small islands encircle Abu Dhabi, many of have which have been subjected to exploitation and commercialization. Futaisi, however, has escaped largely unscathed. The shallow waters around the island make it hard for boats to travel regularly to and from it, but the advantage to this is that few tourists come here, whether local or foreign. Developers have hardly touched its 50 square kilometers (20 square miles), which are largely devoted to a national park. Here you can watch gazelles leaping and frolicking amongst the mangroves and birds of prey hovering over the rocky promontories. These natural wonders offer a glimpse of Abu Dhabi before it was conquered by concrete, and they reflect how most of the United Arab Emirates remains.

Many Arabs enjoy horse-racing, and the Emirates’ sheikhs own many world-champion stallions. To get a unique insight into this aspect of Abu Dhabian life, visit the purebred stables on Futaisi. A guided tour will help you understand how these fine animals are fed, kept, bred, and groomed, and you can even ride on one if you so desire. You’ll also find a genuine mud-brick fortress dating back two centuries here, a refreshing sight in a city seemingly devoid of echoes of its past.

If the United Arab Emirates’ oil industry has a huge beating heart, Ruwais is it. Located in the western city limits of Abu Dhabi, this export station for the nation’s oil yield comprises the country’s biggest oil refinery, a cluster of vast storage tanks, and extensive pipes that lead many kilometers offshore. This is not the most glamorous tourist draw in the world, but it will definitely give you a strong taste of the economic realities that allow Abu Dhabi to thrive. You’ll also see plenty of Emirati working people at Ruwais—a refreshing change to the waiters and concierges who dominate the city center. If you’re lucky, they might talk to you about their travails, hopes, and dreams. Slightly further west stands As Sila, the natural habitat of an incalculable number of desert birds.

Quiet Views from the Jetty

Abu Dhabi’s heritage coastline can get busy with tourists at the best of times. If you want to fish as the Bedouins fished and watch the traditional dhows bob along all day long in relative peace and quiet, then head to the Jebel Dhanna neighborhood and Dalma Jetty. You’ll see local and migrant workers loading, fixing, and cleaning all manner of small vessels, but not large numbers of them, as this is still a relatively secluded and unknown part of town.

You might be surprised by Dalma’s temperate environs, which support olive, cedar, strawberry, apple and pear trees. Visitors often play a game where they try to spot the full range of edible plants growing wild here, which range from tomato to melon, pepper to banana, mango to cabbage.

Dalma Jetty offers vistas to the Persian Gulf in the west; to the east, the gleaming, man-made horizon of Abu Dhabi rises up out of the heat haze. If you have the time and the inclination, you can sail a dhow 32 kilometers (20 miles) to Dalma Island. A multicultural blend of Qataris, Omanis, and Emiratis live here, and the royal family owns numerous farms.

The Ancient Art of Falconry

While in Abu Dhabi, don’t miss your chance to witness the traditional art of Bedouin falconry. The Emirates Falconers’ Club performs regular demonstrations with falcons trained to swoop down on wild prey. Once, this was a useful method for gathering fresh meat without having to slaughter livestock that was far more valuable alive. These days it has become something of a cult pastime among Abu Dhabians; members of the royal family are said to participate from time to time.