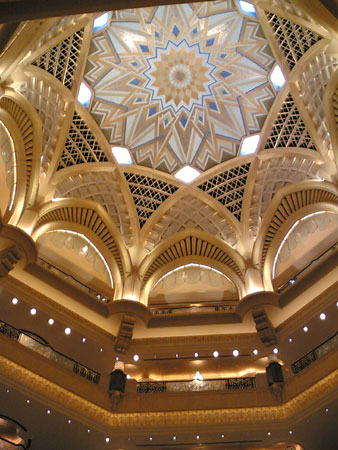 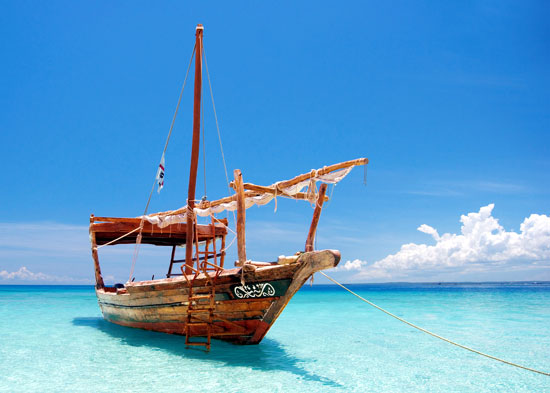 The dhow is an essential part of the Gulf's history. 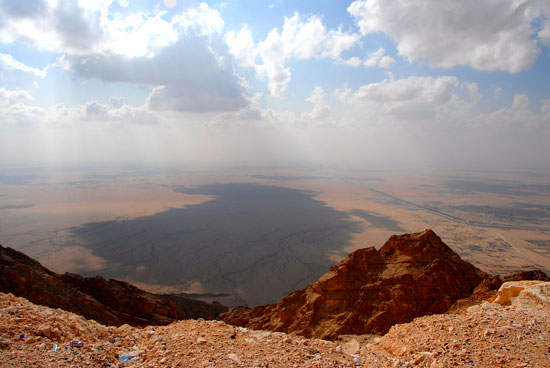 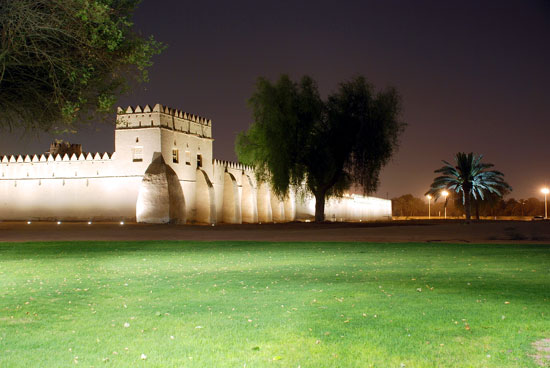 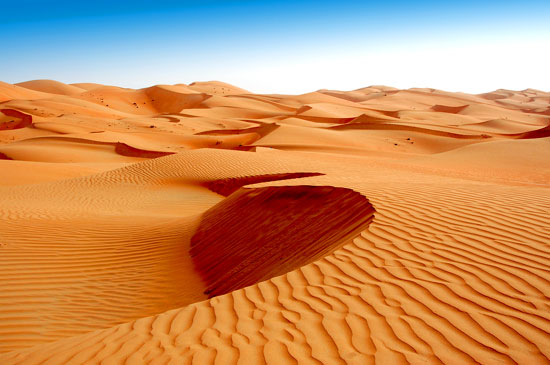 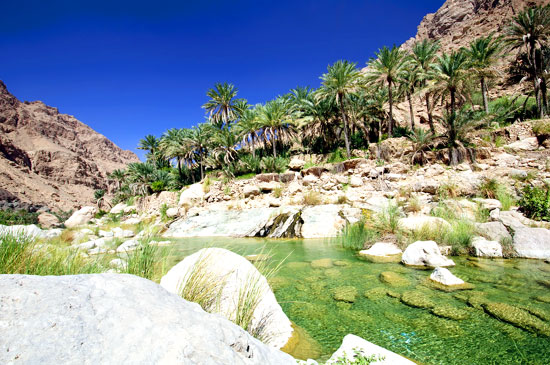 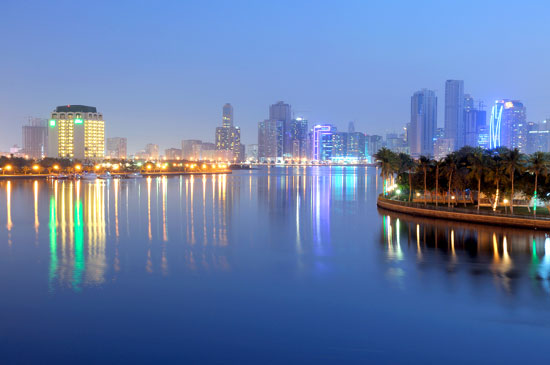 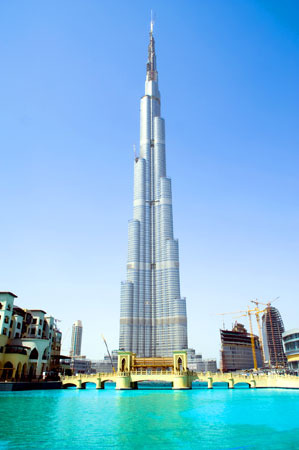 Abu Dhabi looks to the future rather than to the past, and its coolly contemporary architecture is evidence of that. This half-day tour will take you to the best of its high-reaching hotels and dynamic commercial blocks. Begin at the stunning Emirates Palace Hotel, the tiled, palm-lined drive of which only hints at the splendors inside. Head south to the roundabout on Corniche West Street to the Khalidiya Palace, which offers an unparalleled view of the Khor al-Bateen Sea.

Walk immediately west about half a kilometer (0.3 mi) to the Presidential Palace, a 20th-century gold-domed affair with an old-meets-new architectural style. This is where the current Sheikh lives and it certainly looks grandiose enough for the job. You can't enter this building but you can certainly take some great shots of it. Head northwest along Sheikh Zayed the First Street to the Garden City Tower, one of the key landmarks of the city's western sector.

From there it's just a 2-kilometer (1.2-mi) walk north along the section of the Corniche Road that runs along the west coast, past the headquarters of the Arab Monetary Fund, to the blue-tinted Hilton Baynunah Tower, perhaps the most original and distinctive skyscraper in Abu Dhabi and certainly one of its tallest. Continue along Corniche Road for the curvaceous ADIA (Abu Dhabi Investment Authority) edifice located across from the British Embassy and the twin towers of Etisalat—surely Abu Dhabi's answer to the Eiffel Tower or the Empire State Building. Cut south down al-Ittihad Square to admire the quirky Coffee Jug Fount, and then take the second left for Sheikh Hamdan Bin Mohammed Street, a road packed with cloud-licking upscale hotels from the Crowne Plaza to the al-Maha Rotana.

Long before the United Arab Emirates struck oil, Abu Dhabi's pearl-diving, fishing, and dhow-trading industries put the city on the map. Begin at al-Bateen Dhow-Building Yard on the southwest promontory of Ras al-Akhdar and watch with fascination as hardened laborers construct these unique vessels from single chunks of teak wood. The methods haven't changed significantly in centuries.

From there a short stroll across Corniche Road will take you to the Emirates Heritage Village, which does a superlative job of preserving the traditions and customs of the Bedouin people. Here you can learn about the ancient art of pearl diving and watch a tribal artifact being fashioned by hand; you can then purchase it for a great souvenir. In the breakwater adjacent to the Village you'll find al-Dhafra Restaurant, a first-rate eatery housed in a converted dhow.

Follow Corniche Road until you reach the best historical site in the city, Qasr al-Hosn Fort. This played its role in Abu Dhabi's aquatic culture by defending the city's main well of drinking water from hostile invaders, usually from the Gulf . Continue north on the same road for 1.5 kilometers (0.9 mi) and bear left for the Port Zayed district. This was the main artery of Abu Dhabi's sea trade with the rest of the Arab world and continues to play a crucial role in the import and export of all manner of cargo. The Dhow Harbor stands on the southernmost tip of Port Zayed and affords the best views of the dhows, not to mention opportunities to sail on them.

Where Abu Dhabi isn't surrounded by water, it's surrounded by desert, and you needn't travel far to experience all the thrills and beauty of such terrain. Various tour operators will drive you out for a day trip to visit a camel farm to watch these creatures race and even ride on them, go sand skiing or surfing at numerous resorts nearby, explore a tribal village, or go animal spotting along the wadis (dry riverbeds). Note the svelte indigenous gazelles. Avoid such trips during the extreme temperatures of the summer months and take your desert excursion between April and October.

Arguably the most fascinating excavation that has ever taken place in the United Arab Emirates is that underway in the hills near al-Ain. Tombs dating back to 3000 BCE were found in the 1970s and are now located in the Hili Archaeological Park in al-Ain, a town little more than two hours' drive east from central Abu Dhabi. The finds, which include tools, pottery, and bones, indicate an advanced civilization that travelled widely and traded with the rest of the Arabian peninsula. Anyone interested in ancient history and how the United Arab Emirates came to be the society it is today should make this a must-see.

Beyond containing fabulous archaeological treasures, al-Ain is also known as a major oasis, an area of lush, fertile palm trees situated in the midst of the unforgiving desert. Its age-old falaj (irrigation ditches) and stone and daub walls only add to the atmosphere. You'll feel like Thesiger or Lawrence stumbling upon a patch of paradise after the harsh desert climes. If you trek deep enough into the oasis, you'll find a pleasant if modest mosque with a watchtower that offers excellent panoramas of the treetops. Beside the entrance to the oasis is the al-Ain Museum, remarkable for its 19th-century cannons and exhaustive exhibitions of paintings and photography that tell the story of the United Arab Emirates' cultural and artistic achievements.

Just twenty minutes' drive beyond al-Ain along the al-Nahyan al-Awal Road, you'll find Jebel Hafit, a 1240-meter (4,068-ft) peak that spills across the border into Oman. The 11-kilometer (7-mi) Jebel Hafit Mountain Road allows you to walk, drive, or cycle up to the summit—in fact, the road came to international prominence when it was used as a location for the Bollywood blockbuster Race . On your way up there you might catch a glimpse of one of the species native to the mountain; snakes, bats, and foxes all dwell here. Sprawling along the foot of Jebel Hafit is the Green Mubazzarah, where vital hot springs and a natural lake are situated. The swimming pools and spa resorts scattered across this locale make it great fun for all the family.

The Red Sands of Liwa

As you would imagine, tourists hoping to explore the golden wastes of the desert have countless options. No vacation in Abu Dhabi is complete without seeing at least a bit of the great golden landscape. Liwa, just three hours east of the city center, is certainly one of the better options. Its Rub' al-Khali region features brilliant red sand dunes that can be traversed in four-wheel drive vehicles, of if you're feeling adventurous, camels. On the way there, you'll see numerous oil fields and refineries, which, while not the most attractive sights, certainly reflect the importance of oil here. An enormous pyramid rising up from Liwa's sands is not an ancient heritage site, but is in fact the home of the Emirates National Auto Museum renowned for its giant, scaled-up models of trucks and racing cars.

A Taste of Oman

If you're prepared to obtain a visa at the checkpoint, it's very easy to travel 250 kilometers (155 mi) north up the coast and into Oman, the United Arab Emirates' neighbor. You'll certainly want to check out the oasis of Buraimi, which boasts the awe-inspiring al-Khandaq Fort, built by the Nai'im tribe in the late eighteenth century. Its four towers and broad moat are located beside Buraimi Souq, where wood carvings, religious icons, and leather apparel are sold. Attractive groves and traditional tribal abodes surround the souq. The falaj network feeds the antique public baths here, which are still used by all and sundry.

If you feel that Abu Dhabi and Dubai are perhaps lacking in historical interest, then take a 200-kilometer (124-mi) trip up the coast to Sharjah. Now a UNESCO World Heritage Site, Sharjah's marvels include the Bedouin-oriented Blue Souq and atmospheric back alleys jam-packed with antiques stores, curiosity shops, galleries, and Arabian carpet showrooms. Its castle has been lovingly restored, and the museum within displays all manner of weapons, tools, jewelry, and other crafts spanning the known history of the Emirates. Built on the site of a pioneering 1930s airport, al-Mahatta Museum tells the story of Arabia's role in the evolution of air travel.

A Day in Dubai

Sometimes regarded as Abu Dhabi's more popular rival, Dubai has much in common with the capital, certainly with respect to its contemporary chutzpah, fondness for gigantic edifices, and pearl-diving / fishing heritage. However, there are unique Dubaian attractions that are well worth spending a day looking at. Burj Khalifa, erected in 2007, is the world's tallest man-made structure, and its high-tech observation deck offers a variety of enhanced panoramas of the city. The vintage quarter of Bastakiya boasts restored 19th-century architecture. Those interested in learning about Islam and Arabian culture can visit the exhaustive archives and museum space of Sheikh Mohammed Center for Cultural Understanding.